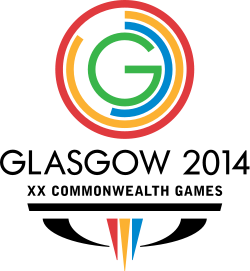 Ibrox and neighbouring Cessnock are deprived areas with some disgraceful housing stock. The back streets are lined with crumbling tenements, most of which are owned by disreputable, irresponsible landlords who treat their tenants dreadfully.

Due to council and central government inaction this state of affairs is repeated across many parts of Glasgow and while it remains any money spent on an outmoded sports event is surely frivolous.

I work in the district and have used all the local pubs, I believe, one of a handful of a large office complement to have done so. Almost all colleagues/neighbouring businesses only frequent the Co-Op and two semi-trendy sandwich shops. All too typical of the middle/semi-professional class not to spend their money in places they regard as beneath their status.

The closest pub to Ibrox stadium is The Louden Tavern. A massive blue booze emporium that goes in for hyperbole – “The Most Famous Pub In Scotland” and “The Quintessential Rangers Supporters’ Bar” are just some of the banners used by it and its two sister venues that make up a mini chain.

But for various reasons I couldn’t embark on this crawl during the football season so this particular Louden’s was closed. But only a five-minute walk took me into Cessnock and The Park. Like Louden’s it only comes alive on match days. I visited both last year when the other Rangers – Berwick – came to town and witnessed much singing and drinking but today there was none of the former and little of the latter. “Only early” one might say, but this is the norm for The Park most of the time. 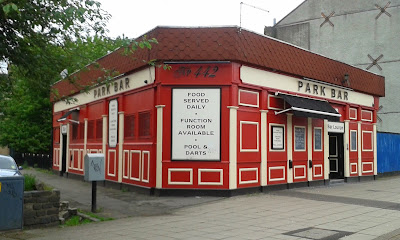 It’s big inside but very gloomy with a bar counter too small for the interior. A pool table does nothing to lighten the mood and the range of drinks is relatively small. Saturday night will be an improvement but only marginally. The pub sits on a corner with waste ground to its right and a sorry, little landscaped garden to the rear.

Space for a decent beer garden, sure, but where’s the money for it? And amidst the decay and poverty of Cessnock the thought of such is almost in bad taste.

There are better pubs around here, The Kensington and the pristine District Bar most notably and I passed them both in the number 9 along Paisley Road West heading east. My next connection was in town – the number 75 heading south from Glassford Street.

But time was getting a bit ahead of me so when I got off the 9 and jogged to the appropriate bus stop I took the chance of gaining some minutes by jumping three buses down to a number 7 which advertised Hampden as one of its stops.

“Great”, I thought, “I’ll make it to the next pub a few minutes earlier than hoped and maybe enjoy the luxury of lingering.” Not to be. I realised this as soon as we forked right towards Victoria Road. Hampden would be a stop but only an approximate one well to the west of the stadium, the wrong side.

It takes a rapid 15-minute walk to get to the right side and to my designated pub, Montford House. There’s another pub almost equidistant from the stadium, The Beechwood but the Montford is closer and slightly more welcoming.

Not to say it’s striking or of architectural note, as you can see. The interior is no more remarkable, generic with carpets and pale wooden fixtures. Both outer and inner were far more impressive when it opened as a free house in the 1960s. Now it’s denuded and owned by Belhaven 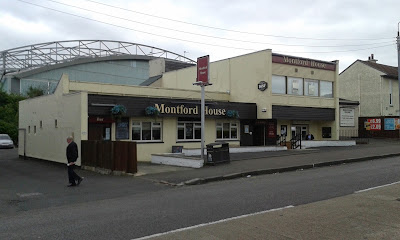 It’s meant to be comfortable and conducive to moderate consumption of drink and, more importantly, in this sort of joint, food. Burgers, fish and chips, steak sandwiches, fajitas, lasagne and garlic bread. All selected from laminate menus. Maybe there’s even a curry night?

There’s a split-level with a lounge area up top that is only distinguished from the other area by higher-backed booths. There is more than just plain-fare food and drink marketed here, sport on TV, or more specifically, football on TV. A lot of pubs are the same, some are just more blatant about it.

Today it’s the English Football League Play-offs. But the World Cup pennants are out too, branded with various sponsor logos. The mostly middle-aged men in here don’t seem the type to be turned on by pennants but they are intent on the football.

I order a bottle of beer and a small brandy and settle to watch a bit of it myself. But I’m up on my feet when I remember what I’m here for. Time for a Vox Pop. The first guy edges away towards the window as I take a seat at his booth. His 55-year-old mouth is open and ready with some exclamation but I get in first –
“What you think about The Games, pal?”

It’s as if I’m punching him in the face. Startled pain. “Uh…?” He looks around for help. No-one is looking. I feel like easing his discomfort but know my role. I stare at him.

“What you want me to say?” he blurts.
“I don’t want you to say anything.”
“OK, then.” He is looking relieved. But this is no good. “No comment” isn’t enough.

“What about Chris Hoy not making the effort to compete in his home Games. Any thoughts on that?”
“Aye, well, guy needs to… you know, cash in while he can…”
This bloke is warming to it. Time for more probing.

“Are you a fucking journo?!”
Somebody has been watching me at work. I half turn towards the seating from which the cry has come. “Do I look like a sorry category of vermin?!” I retort, regretting immediately the comparison – sorry, rats and your cousins.

I look fully at the new guy. Him and his two buddies are hard-faced and smiling simultaneously. Disconcerting.

Sliding out from the booth while checking my two drinks are virtually done I walk over to them. Because they are between the door and I. There’s no sound as I leave, only the football commentary at another crescendo.

There is a 75 in less than ten minutes and I’m rattling up into Glasgow’s surrounding hills. As this is a continuation of my earlier route the frequency isn’t a surprise. Glasgow’s travel service is fine for getting into and away from the city centre but for anything else it is quite useless.

Castlemilk is my target now, the closest habitation with a hostelry to the Cathkin Braes mountain biking venue. Near a shopping centre I get off, and down the hill and at the back of it is the New Oasis. 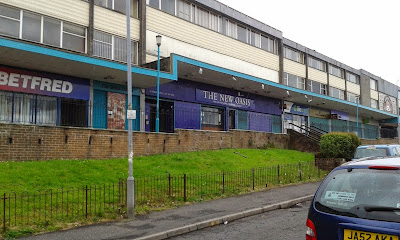 Probably only the locals and John Gorevan, pub historian, know of its existence in this quiet street. But unless you are offended by an OAP hanging about the door in his Adidas tracksuit you should go in if nearby. If you do a big interior awaits and white “butcher” tiling under and behind the counter, put there years before it became trendy.

Whether its most recent refurb was in the ‘70s or early ’80s may be discerned by design experts from the faux gas lamps and disproportionately large fans. The battered look of all the seating confirms that it’s been a long, long time since the pub has been decorated and/or refitted.

But so what? The, mostly, older guys in here like coming, and the trophies on display indicate that it’s a social club as much as a bare place of refreshment. I recall a snooty review of this place on Yelp, or similar parasite site, in which an out-of-towner ripped into the place rubbishing its punters and the smell of its toilets. Ignorance masquerading as refinement. Don’t bother returning, pal.

I was happy to lean back and relax and savour my pint of Special at a point more than halfway through the trek. I didn’t talk to anyone about the Games. They won’t affect anyone in here, even though they will have all paid in at least some way towards the extravaganza.

There could be strong views in here or just indifference. Anyway, life in and around the New Oasis will continue roughly as before.

Once I’ve finished my pint, I linger outside for a couple of minutes, looking north down onto the late-afternoon city. A grand view. The strong sun delineates between concrete and sandstone, wasteland and park, high-rise and tenement. I pull myself away from any sentimentality and start walking towards the main road and a bus downtown to Glasgow’s oldest place of recreation.