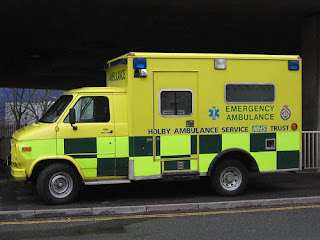 In no time I was wondering about licensing issues downstairs in the foyer. Other independent businesses were operating freely in the public space frequented by hundreds of passing customers every hour from early morning till late evening. But if the concession were up for grabs who would have the nerve to bid for iti

The drugs must have been more powerful than I realised. Making me operate in some sort of parallel world where the authorities would even countenance the existence of a bar in a hospital.

Because that’s where I was. In Gartnavel General. Good view though. Out the back, looking over the grounds surrounding the old Gartnavel Royal. Panning left to the virtually dry Broomhill I knew I be unable to spot any bars through the thicket of respectable tenements, so I looked further, to the Clyde and beyond.

Partick and Thornwood sit too low for sight even from the sixth floor of the hospital but over the river I thought I glimpsed Govan landmarks. In and around are the unreconstructed pubs of the old parish and neighbouring Linthouse, places worth an afternoon’s sojourn and longer if you’re feeling optimistic and/or bullet-proof.

Further south becomes indistinguishable, Pollok running into Barrhead seamlessly. Neither are particularly blessed with attractive licensed premises but probably better off than peripheral estates like Castlemilk, Easterhouse and Drumchapel.

Paisley, sheltering beneath Gleniffer Braes, is well provided, and is home of the Bull Inn, an Art Nouveau delight, complete with original back snugs. However, I think Renfrew actually offers a better concentrated drinking experience, the main drag of Hairst and Canal Streets down to the river holding a handful of interesting wee dens, including the enviably placed Ferry Inn. Even the large Glynhill Hotel up near the M8 is a decent option.

That was all I could see south of the Clyde, and the trees and the already crumbling Gartnavel Royal itself obscured any view due west bar the distant hills. But Anniesland, or its college and high flats at least, were there for my eyes. In between those two landmarks lies The Esquire House. Once a house of midnight mayhem as well as housing a Family Department, better known as an Off Sales.

I can remember watching from a friend’s second floor tenement window as the fun spilt out into the car park and the main road, and seeing the action up close inside the pub as a martial arts expert showed his expertise.

Chain operators sanitise pubs, and the biggest operator of them all, Wetherspoons, has done so to The Esquire. In flights of romance, though, I imagine that at least some of the former patrons are still active and are enjoying themselves elsewhere, in places like the nearby innuendo-laden BJ’s Bar and opportunistic mini-club upstairs.

The hospital building prevented me scanning any further to the right and it had begun to rain anyway, so I retreated to my bed. Present condition and a gloomy medium-term prognosis mean bars and their contents will be kept from my lips for a wee while, but they will never be far from my thoughts.
Posted by The Pledge at 10:51 2 comments