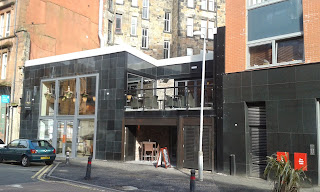 It took a while but Hyde Bar and Restaurant, at Partick Cross, and its ambitious terrace have finally arrived. The stop-start nature of its development even caught me out but now it is here to be enjoyed.

Planning a forthcoming London trip it soon became obvious just how many pubs, clubs and restaurants have custom-built smoking/sun terraces. Glasgow has only a handful of venues that have gone out of their way to construct semi-covered areas where one can sit outside for as long as one feels, smoking or not.

That is one of the reasons I shadowed the progress of a development down the Partick end of Byres Road. From the beginning of its planning, the terrace was both a key part of its publicity and its aims as a venue. The phrase “south-facing” has never been more relevant for a Glasgow bar.

Despite the nearby presence of The Three Judges and Butterfly & Pig the imminent arrival of Hyde on Partick Bridge Street seemed like a step into the unknown, a claim staked on virgin territory. I looked forward…

And waited. The weeks became months as progress stalled many times. So long, now, that I can’t even remember if it was two or three years ago. Facebook profiles, blog mentions, street rumours and recruitment drives all supposedly heralded its arrival but the actual construction failed to keep pace and then ground to a halt. Another dream that ended, so it seemed. 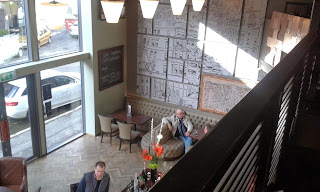 Then, some two months ago I was passing and noticed work had begun again. Inside as well as out. I stopped and peered in an open door. A young bloke in a hard hat was working. He caught my eye. I turned to go.

“Can I help you?” he enquired. More of a statement than a question. In an Eastern European accent.
“No,” I replied quickly and moved to go. In two or three steps he was beside me, his expression blank. Perhaps he thinks I’m from a rival operation, I thought. Or even an opportunistic thief?

“Just having a look,” I said cheerily, “nice place!”
“Yeah?” His tone remained defensive. I nodded, thinking of what I could say next to defuse the situation…
“You think so…?” A smile grew. “I designed it all. Everything.”

I nodded, while inwardly doubting his story of a multi-skilled 19-year-old assuming control of the interior design, civil engineering and architecture of a six-figure project. But I applauded his chutzpah. Again inwardly.

Before I did actually leave he showed me the width of the place, at least double the amount of frontage I had expected, and assured me it would be opened within 10 days. My scepticism was again warranted as that time came and went. 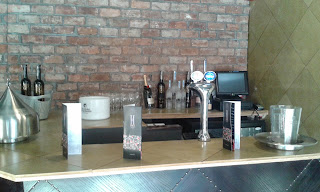 Some time later, during a long shift of my second occupation - The Muse’s driver, she shouted as we sped like light through Partick Cross. I didn’t turn my head, even for an instant, so used am I to her outpourings of passion but her utterance contained a word I knew that made me pause – my thoughts, not my pressure on the accelerator.

She had said “Hyde!” Now, my second thought concerned that outstanding international arrest warrant I may have mentioned in an earlier blog but where was there to obscure myself if danger was imminent? So, I reconsidered and remembered the mythical opening promised for so long.

“What about it?” I asked as nonchalantly as I could.
“It looks like it could be open.”
I paused. Gulped quietly. “Nah, can’t be…”

Much later that night I heard the door crashing open. Must have been after 3am. The chuckling came later, around ten seconds later. That was the last I heard before the morning. Two jobs are tiring.

And in that morning The Muse was triumphant. She and her lady friends had been some of the first to enter its doors. While I had snored. The irony was huge. But I swallowed it with grace and smiled while she described the interior.

Cream banquettes. Black banquettes. Elegant booths upstairs. Vodka. The mezzanine. The partially-bricked wall. Vodka. Splashes of red here and there. Eclectic pieces of furniture. Gin. Innovative lighting. She went on and on…

As much as anything else, to stop her I said, “I NEED to go.” She looked at me as if I’d just suggested we move to the Crimea. 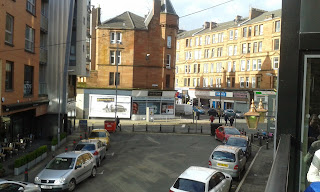 But I have managed to go. On three occasions at different times of day and night, for flavour. It is looking promising. Unlike many new bars this place actually needs the large windows. To do the interior justice and to allow its scale to be appreciated.

Other than that observation it is hard to pin down a stream of thought behind the look and this is not here a bad thing. An indulgent mish-mash you could call it. Normally this is a minus but not for Hyde. Because it is an attempt to create something that is good and pleasing, not just something that will work. A subtle difference and it shows a commitment often lacking.

The Muse hadn’t mentioned the smaller upstairs bar. It has the feel of a more private gathering, while the adjacent gallery booths allow you to overlook the main lower area, which has a gothic appearance that should have been continued upwards instead of the industrial grey ceiling and girders.

A minor error that may be offset by the intriguing wood-panelled approach to the restaurant in the south of the building, off of which are various doors to toilets and staff areas.

And if you are looking for the best area to ensconce yourself for a long stay, I’d say take the recessed seating under the mezzanine. A good place for planning and scheming while sipping and sighting. 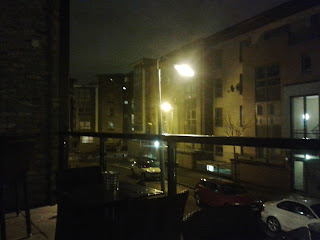 Cocktails are now de rigueur for any new opening and Hyde, at least swerves from the norm with items such as the Hyde Breakfast Martini and the Daisy de Hyde. More notable still are the craft beer cocktails – variations on a theme, topping up traditional cocktails with various beers. Try the Pamlpehyde Caledonian.

All of this without yet mentioning the sun/smoking terrace – Hyde’s USP. Simple but elegant furniture comprising half a dozen tables and chairs will allow a good few to enjoy what could be the best elevated bar view in Glasgow, rivalled only by the rooftop vista of 29/One Up.

If the sun shines I can see one having to get here early for a seat and who knows whether the owners will allow standing drinkers on the terrace. Should such problems arise then it is a good sign for the bar whether business is guaranteed by crowd-drawing food, pre-Sanctuary clubbers, casual afternoon visitors or Hyde proving to a be a night-time draw by itself.

Successful or not, features such as the terrace will keep me coming back as regularly as time and other bars allow.