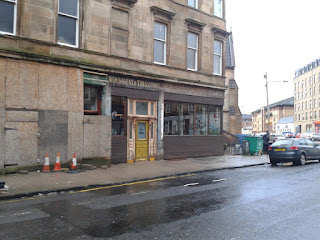 It could hardly have been a worse year for the bar business than 2012 (though I daresay the future may prove me far wrong) so I’d like to look ahead as opposed to reversing time. In contrast to what has gone before maybe 2013 will see more pubs opening than closing; proper government support for the local; bars at last seen as the solution to not the cause of social problems and a trade in general on the rise rather than decline.

But on to specific (and more realistic) wishes –

THE OLD RE-EMERGING
Many Glasgow addresses used to be bars. How good it would be to have even a fraction of these returned to their original uses especially in under-provisioned locales. The East End, for instance, has been stripped bare of its pubs. Will the Commonwealth Games prove to be any sort of catalyst for a bar renewal?

A good sign is the recent openings of The Richmond (formerly Bar Bola and before that The Blythswood Cottage), The Sparkle Horse (The Dowanhill) and The Kelvingrove Café (Kelvingrove Café). I’ll be reviewing these in future blogs.

FOOD AND DRINK IN PERFECT HARMONY
Our tradition in Britain has been to separate these two hospitality elements with rigid distinctions between restaurants and bars. Although these divides have blurred recently it is still unusual for drinkers to enter and use a ‘restaurant’s’ bar without buying any food as it is for bar-goers to expect decent snacks along with their beer.

Flexibility and choice is the key to allow customers to mix and match drinks and food on a casual and cheap basis. That’s why places like Panevino and Edinburgh’s Divino Enoteca are welcome additions to the recent scene with accompanying innovations like an extended range of wines by the glass, whisky flytes and mini-platters of cheese, honey, relishes, hams etc 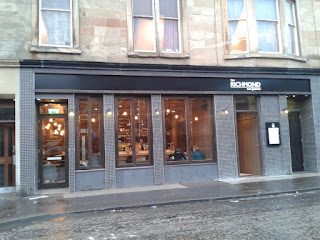 RIVER CITY
Imaginative designs and locations are as important as food and drink ranges so hopefully some exciting new ventures will be dreamed up, developed and allowed planning. A start could be more venues on the riversides to build on stalled developments and bring to fruition GCC’s aim of shifting the city’s focus to the Clyde.

We also need better outdoor provision so news that the forthcoming bar, Hyde, at the corner of Byres Road and Dumbarton Road is incorporating a south-facing terrace is welcome. And, I hope, interesting ventures such as the transformation of a public convenience at Anniesland Cross into a tapas joint can get the financial backing they need.

GET OUT MORE
With my bar count approaching 500 for Glasgow, and well into three figures for Edinburgh, I intend to experience far more pubs elsewhere in Scotland and beyond.

And just get out more in general because, for me, going out is – aside from The Muse and Logan – what makes life worth living.

LIFELONG AMBITION
Unless I receive an unexpected inheritance it won’t happen this year but some time I do want to set up my own bar in Glasgow’s most atmospheric street, Parnie Street. Some great little den that will last for at least two centuries and its good times be talked about for even longer.

Talking of places 200 years old, the Old College Bar on High Street is under threat of demolition. Glasgow’s oldest (circa 1815) has fallen into serious disrepair but deserves to remain for the sake of the city’s heritage. I intend to oppose its demise strongly.