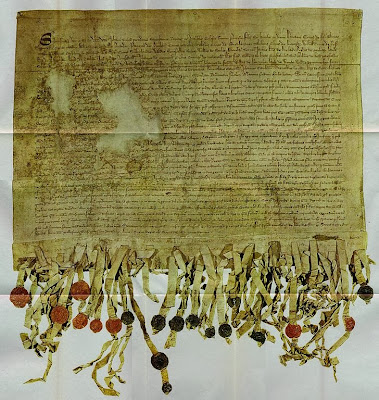 In this big year for Glasgow and Scotland with the Commonwealth Games and the independence referendum, here’s a look at these events and their impact upon the nation and the licensed trade.


This piece began a few weeks ago on the rural back roads of Northern Ireland. I was lost, it was raining and my recently re-heeled boots were somehow letting in. The car and my companions, including even The Muse, had abandoned me an hour earlier as I insisted on finding an elusive and secluded watering hole of yore and of some repute.

I had mislaid the directions received from a bloke on the ferry from Cairnryan but I was determined to find this place, even if it meant getting wetter and colder and the roads/lanes getting even narrower.

At a bend, just under an arch of dripping ash trees, something struck me. No, nothing solid. Nothing automotive. A thought. More than that. An internal command. Stop searching for the past. Look ahead.

Simple. Straightforward. And it is an easier action, really. We’re made to look forward, our heads face that way. Yes, there is comfort in the past but it is often illusory and involves a re-writing of one’s history. So, while in this progressive state of mind there is no option but to examine 2014 and its promise.

It could be a big year, so they say. The biggest in 300 of them, or 700 if you look at it another way. Aye, the Referendum. This is not the forum to discuss it other than to observe that in 1707 the Parcel of Rogues sold Scotland for money and now, according to latest research most of the population would “sell” or “buy” independence merely on how it affects their pocket. No mention of national pride, self-determination, or allegiance to past martyrs to the cause. Very sad.

And Glasgow hosts the Commonwealth Game, meaning it has its hands on the biggest sporting event here for… er… 28 years. Put that way it doesn’t sound as impressive, does it?

We have been told that the Games will benefit the city in many ways. The health of the population will drastically improve, world status will be bestowed, total East End regeneration will occur and tourist money will pour in - in trillions. That’s it. Nothing more than those pretty modest objectives.

Six months from takeoff and even those limited ambitions look, well, ambitious. Agreed, Glasgow will receive more global attention than in a normal year but with the status of the Commonwealth Games as a whole diminishing and its very continued existence placed in real recent doubt, a well-funded and imaginative marketing campaign could have achieved that increased attention on its own and at a far lower cost.

Glasgow has a record of relatively successful self-promotion from innocent efforts such as Glasgow’s Miles Better to morally dubious re-brandings such as The Merchant City. There has been a too heavy emphasis on high-end retailing as if Buchanan and Ingram Streets can be enough to drive a whole city while the rest is neglected. Meanwhile, aspects of our culture that didn’t quite fit with Glasgow’s shiny remade image, such as our traditional pubs, were neglected or purposely sidelined. Glasgow and Scotland do bars and hospitality well, yet the powers that be felt that our drinking culture should be hidden and certainly not celebrated.

Things may have improved since politicians finally realised that alcohol “problems” were fuelled by home drinking not in pubs and clubs but I have yet to see a decent, coherent, campaign promoting Glasgow licensed venues during or before the Games’ build-up.

In this absence I’m intending to do my modest best with a couple of ideas to help the still-beleagured industry. Watch this and related web spaces.

As for East End regeneration, Dalmarnock, the district with the most Games’ building work, has been eviscerated leaving wide-open spaces adjoining the massive new arenas. Some of what has gone is no great loss but the local community have lost a number of amenities and have to travel to Bridgeton for essentials such as a Post Office.

The Emirates Arena and Chris Hoy Velodrome (yeah, the same Chris Hoy who, with impeccable timing, retired just before his “home” Games) are to be used by the public after the Games but charges will have to be reduced before locals can experience them. And the Athletes’ Village ability to form housing after August may have been compromised by the, allegedly, cheap plumbing.

The tourists will need places to eat and drink while in the East End but – correct me if I’m wrong – no new cafes, restaurants or pubs have opened. The pub bit isn’t surprising when you remember the council’s restrictive policy on new licences. Meanwhile, the restaurant owners in the Merchant City lick their lips at the thought of inflated takings. Not to mention the hotel chains poised to raise their tariffs by percentages running into the thousands.

Money will be come, undoubtedly, but to the wrong people. To the same people as before. Rebirth of neglected areas will be stillborn without a radical midwife, prescribing redistribution. Not only financial, but of opportunity – educational and social.

And there’s more sport… A golf event up in leafy Gleneagles in which some generous people have volunteered their labour to help out holding scoreboards, raking bunkers, corralling the crowd… wait, I hear they are having to pay for the privilege. Paying to work?! Run that by me again. They are paying to… Alongside the 24 golfer millionaires who won’t pay for a thing.

But it’s not all doom and inequality. I look forward to new bar openings such as Hyde (wait a moment, I mentioned this last year too) with its daring sun terrace, one of the very few that have been purpose-built. And any other new pubs that are similarly exciting or do something a wee bit different.

I continue to hope that we allow ourselves to celebrate our drinking culture and tradition instead of our usual self-flagellation and that pride in what we are translates into a burgeoning hospitality sector for Scots and tourists to enjoy, whether this September sees independence or not.

And on that fateful day and night I have another choice to make - other than the private one in the polling booth – the bar to pick in which to celebrate the new age or drown in sorrow.