The List magazine guide to eating and drinking in Glasgow and Edinburgh fails to provide an unbiased or comprehensive guide. 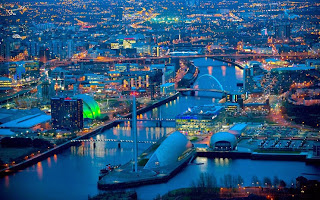 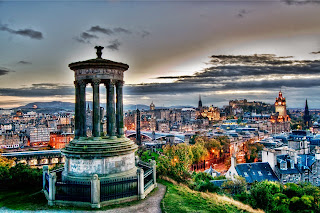 Forgive me the title paraphrasing and allow me a confession: I, too, use guides.

Now that unburdening is out of the way let me explain. For overseas trips and impromptu city visits they are necessary, merely to avoid hours of wandering around looking for any decent watering holes that would ensue if one arrived directionless.

Where there is time for a decent amount of research I do just that, drawing on a wide selection of sources and opinions. My own experience is the best source I know but until cloning becomes free on the NHS my singular presence can never be enough to stride every corner of the globe.

When it comes to nearer home I do look at bar guides, sometimes to fill gaps in my imbibing knowledge but mostly to compare notes, to see what others think of pubs I like and dislike. It can be quite diverting.

For a few years The List has been probably the best-known eating guide in Scotland. It has ambitions UK-wide but it can’t match, sorry, the big marketing budgets of English-based competitors. And this is shown most clearly when you look at the List’s online presence.

But I used to look forward to the latest hard copy List Guide, or magazine, as you could call it with validity before the true arrival of the internet.

The guide’s concentration upon restaurants meant that my interest was merely frivolous but in recent years, with the blurring of lines between eateries and drinkeries, The List started a new section on pubs and bars. This direct move into my territory ceased the offhand way I would look at the annual publication.

It quickly became clear that The List reviewers were selecting bars from a narrow range, largely ruling out traditional bars. A few were included but even this small number decreased until this year only a handful from Glasgow and Edinburgh are reviewed.

Omissions from Glasgow include The Horseshoe, The Scotia, Liosmore, The Laurieston, The Steps Bar and The Old Toll. Within this number are interiors showing the best intact examples of Edwardian, Art Deco and ‘60s design you will find in virtually any British pub. And they aren’t mere museum pieces, good times can be enjoyed at any hour they open their doors.

Only two venues are reviewed east of High Street – West Brewery and The Vintage, these being included only for their craft beer. Meanwhile, two absolute period gems The Railway Tavern and The Portland Arms don’t feature because they are too far east and too working class.

In Edinburgh there are also many great bars ignored. For example, the magazine mentions how vibrant Leith is as a focus of hospitality but in this area alone, stalwarts such as The Central Bar, Carriers Quarter and Port o’ Leith are missing.

And, popping downtown to the New Town and Stockbridge, no reviews of places like The Bailey, Star Bar and Kay’s Bar. The latter’s omission is particularly noteworthy. This tiny mews bar with a unique appearance and atmosphere featured before in the magazine but not this time.

This fixation with fashion may be explained by my suspicion that a majority of the reviewers are wannabe hipsters who don’t have an appreciation of what actually makes Glasgow and Edinburgh the drinking cities they are. They have no perspective on the development of nightlife on a timespan beyond last year and are then unable to define a city from any other.

So we get a list of bar reviews that could just as easily be describing a joint in Birmingham or Buckingham as in one of our two largest cities. Maybe that’s what they want, an identikit, chain-city where they and fellow pseudo trendies can play unmolested by the rest of the population?

Their narrow focus and lack of knowledge manifest themselves, for example, in an ignorance – wilful or not – of any kind of bar scene in Glasgow’s East End and in their treatment of an area such as Finniestion. For The List and its writers the district is just Glasgow’s version of Shoreditch/Hoxton.

Its industrial legacy and claim to be the last part of Glasgow’s west end to be gentrified mean pretty much nothing to them and they seem to have no knowledge that Finnieston has always had plenty of bars – before the ratio of traditional to contemporary pubs was 9-1 and it’s now vice versa.

Aside from the content of the magazine, it claims that all review visits are incognito and that inclusion is not secured through payment. A strange claim that when you consider the consistent inclusion of certain joints and the equally consistent exclusion of similar places bars and restaurants.

And from Edinburgh’s famous Rose Street the Abbotsford is featured while the equally impressive Kenilworth is not. One wonders why until you notice the large ad placed by the pub group owning the Abbotsford, the Guildford Arms and others, all of which are included in the guide.

Bar/nightlife guides are useful and fun and, hopefully, free but unless you are a recently-bearded clone who thinks the best fun to be had when the sun goes down is a few craft beers at the opening of the 38th Brewdog outlet, steer clear of The List.